As an e-commerce business owner, when you hear that Google is making an algorithm change, your heart skips a beat. While not all algorithm changes are going to make a direct impact on your business, you want to sit up and listen, because some of them will. And that includes the Google's algorithm change this past April that impacted how people find your business on their mobile devices.

But let’s take a step back and look at what an algorithm change is and the history behind them. Then we’ll jump ahead to see how your rankings on the mobile web can affect your bottom dollar, and how you can ensure your e-commerce site is easily found.

What’s an algorithm and why do they change?

An algorithm can be viewed as a way to solve a problem or a list of steps to get you to your desired outcome. For example, when you are telling someone how to get to your house for a party, you start by giving out directions step-by-step. In simple terms, you're providing them with an algorithm to follow to get them where they want to go. If you miss a step, then they end up at the wrong house. Thus, you have to go back and refigure your algorithm.

Of course, not everyone is coming from the same direction. So, you’ll have different algorithms for different people depending on where they’re coming from. For Google, they have some people coming from mobile devices for ecommerce, others from desktops, and so on. Of course, if you throw another party a few months down the road, but discover a faster route to your home, you’ll change the original algorithm to improve it.

Remember, Google's in business to be an accurate search engine for people. They’re the powerhouse of the industry because they use algorithms to understand better where you want to go. You leave them clues in how you search for goods and services on the web, and they take those snippets of information to get you somewhere you want to be. The closer they lead you to your desired destination, the more you’ll use their service.

A little history about Algorithm changes

Google has been working to improve their algorithms for over a decade now. Here’s a fantastic infographic designed by Blog.Hubspot.com to give you a bit of historical data about the changes that have occurred over the years. Pay attention to the ways Google has improved their search capabilities over time to ensure that your e-commerce site is on the up and up! 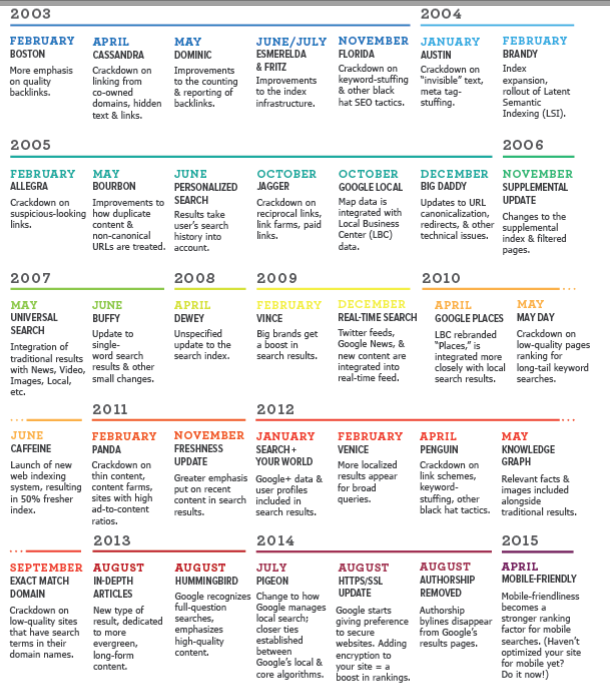 As you can see, the last major update was in April for what has been dubbed “Mobilegeddon.” There have been a few recent updates, but most have just been to refresh existing data and algorithms. However, this leaves a big question hanging in the air.

How do Google algorithms impact your e-commerce rankings on the mobile web?

If your website isn’t mobile responsive, then you’ll drop in rankings on mobile devices. It’s that simple. It’s not going to happen overnight, but over time, you’ll see it. If you make sure your e-commerce store is mobile friendly, then you can at least hang on to the ranking you already have, or move on up the ladder. However, the algorithm change for getting ranked on smartphones doesn’t affect how your e-commerce site is ranked on desktops – per say.

We all know there are a lot of variables to factor into this. First, more people are shopping on their smartphones than you think. While they might not make the final purchase from that device, that doesn't mean they aren't finding what they want to buy from a phone. A lot of people will find what they want to purchase on a smartphone but only go online with a secure WIFI connection before shelling out any information about their PayPal account or banking accounts.

Another variable to consider is how many consumers have smartphones. If you think that they’re just using their smartphones as, well, actual phones, then you’re sadly mistaken. And when they search for specific name brands that your site carries, you’ll want your name to pop up on the screen. If you aren’t ranked, then you’ll miss out big time (and not even know it).

The best rule of thumb is to have your e-commerce website friendly for all devices. It isn't a hard task to achieve. And while you may not see a huge difference in your sales immediately, you'll have an advantage over those who don't have a mobile-friendly site.

How to make sure your e-commerce site is mobile responsive

Google made it pretty darn easy to check and see if your e-commerce store is mobile friendly. Here’s how to know if your website is responsive to mobile devices:

Step #1: Go to the mobile-friendly test from Google Developers and enter your URL.

Step #2: In less than a minute, you’ll get one of two images. 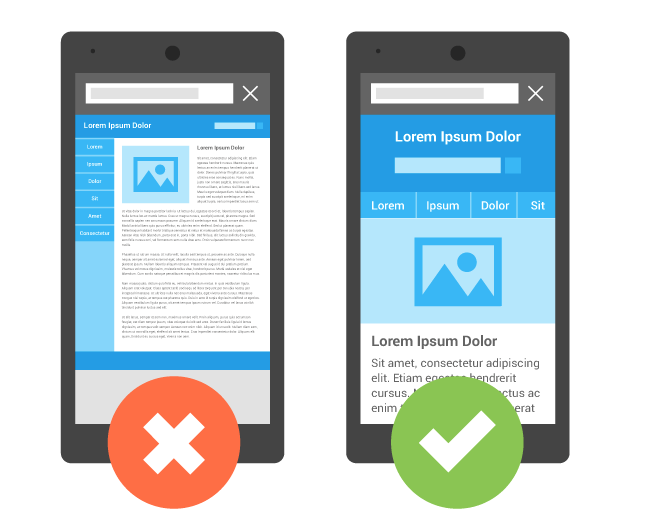 Step #3: If you got the green checkmark, you're done, and your site is mobile responsive. If you got the red ex-mark, you have a few more steps to take.

Step #4: If your e-commerce site is not mobile friendly you have a few options. You can invest in a third party software to do it for you, you can hire a web developer, or you can try to teach yourself how to do it through tutorials and practice. Ultimately the choice is up to you as to how much time and money you want to spend. The main goal here is to take a tip from Nike – pick one and Just Do It.

Step #5: Look at some good examples of mobile friendly e-commerce stores to know what works. You don’t want to overcomplicate this because the screen is small. Less is more. Here’s an example of how Nike keeps a clean and simple. 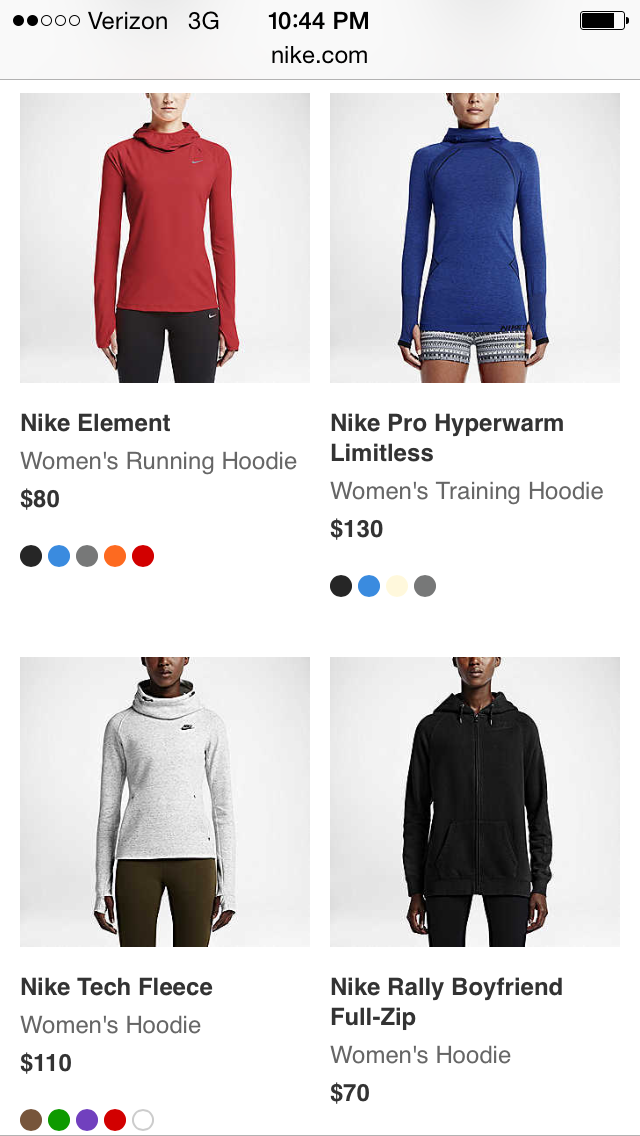 What’s in the future for algorithm changes?

It’s hard to say what Google has in store for us next when it comes to algorithm changes because they like to keep their secrets…well…secret. But, with a rise of interest when it comes to social media shares for rankings (and they’ve pretty much swept Google+ under the rug), you can expect that they’ll put some extra focus on the most popular platforms like Facebook, Twitter, and Instagram.

The best thing you can do is pay attention to what Google has to say because they (generally) give plenty of warning when they're making a significant algorithm change. They aren't trying to trick anyone or cause people who have worked hard to put out quality sites lose rankings. They want you to succeed, but more importantly, they want people to find the merchandise they're searching online for.