For generations now, every young boy has at some point picked up a toy car and admired the beauty of form and elegance that meld together to form utter dynamism and design. Every girl and boy have picked a flower and contemplated the sheer beauty of nature.

What is it that appeals so to our sense of aesthetics from such an innocent age? It is known as the golden ratio which is a number that resides at the heart of the very nature of things. It is responsible for symmetry, super symmetry and fractals.

Now Aston Martin has announced a new model that like Nature itself is built from the ground up, with curvatures that grow out of the Golden Ratio “1.618”. They have gone to great pains to demonstrate the credentials of aerodynamic aesthetics applied with the precision of primeval architecture. 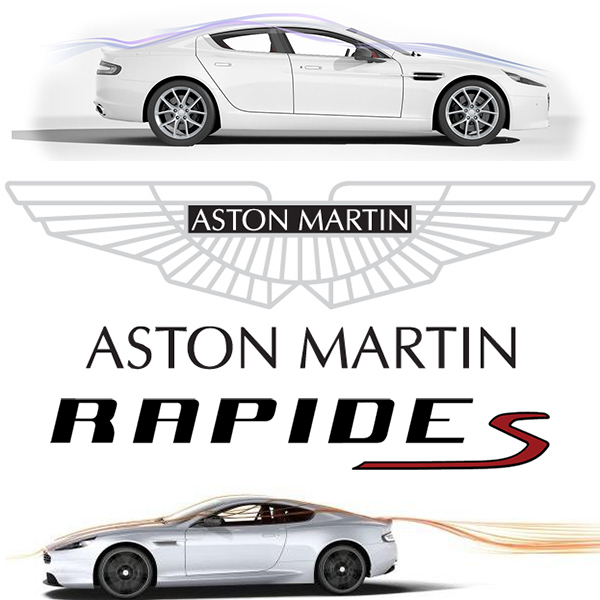 Aston Martin has for decades epitomized elegance and etiquette in the automobile industry, bolstered by its close association with another icon of style of strength and suave, never shaken but with the ability to stir the soul. James Bond despite the odd car chase in a BMW or Citroën 2CV, has always relied on the sex appeal and dynamic safety of the DB Series to woo the women and evade danger. The latest offering is the Aston Martin Rapide S. They have condensed and distilled its essence in the literature, “ Breathtaking Proportions – The ‘Golden Ratio’ sits at the heart of every Aston Martin. Balanced from any angle, each exterior line of Rapide S works in concert and every proportion is precisely measured to create a lithe, pure form. Our engineering follows the same principle. A near perfect weight distribution ensures Rapide S is balanced in form and balanced in function. “

The golden ratio has infiltrated every aspect of the arts and architectural design for centuries now, first discovered and applied by the Greeks. Phidias (500 BC – 432 BC), a sculptor and mathematician incorporated his knowledge of phi into the design of his work on the Parthenon. Plato believed the number to be the key to the physics of the cosmos. It is also applicable to sacred geometry and in our modern world it is inspiration for everything from graphic to product design as well as website and logo design.

The international press has picked up on the sacred features of the Aston Martin Rapide S, with articles in Forbes and the New York Times, and this despite many competing automobile brands using the golden ratio in their logos and wider designs.

In the centennial year of the automobile manufacturer, Aston Martin released the Rapide S at the 2016 Geneva Auto Show. It is an entirely new concept, built from the ground up to embody refinement through integrated design and with a more powerful engine than its predecessor the Rapide. Every last detail in its design reflects the golden ratio. Believers in the magical properties of the ratio claim that any given form that respects these proportions is naturally attractive to the human eye. This may further be linked to natural ratios as described in the Pythagorean Theorem and the Fibonacci numbers, equating automobile design to the mystical properties of mathematics. Everyday modern consumer goods from books to credit cards and the iPod respect the ratio. Based on research completed at Duke University by a professor of mechanical engineering, it has been proven that the aesthetic quality of the golden ratio when applied to design comes from the human eye’s ability to grasp and process its form faster than any other shape or form.

And so the form of the Rapide S not only looks dynamic, it is also fast. Very fast. With a lowered center of gravity for added control in cornering, resulting from a lowered engine casing enveloping an improved V-12 engine. This attention to dynamics and design are consistent and applied throughout and even down to the grille, which is hand-crafted from a single piece of aluminum. The Rapide S side strakes are smaller though, making the car appear longer. It is a reminder that what brings beauty to an object, be it a car a building or a chair, is not only measured by proportion but also by curves and the way that texture can attract the gaze.